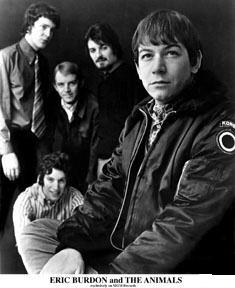 It’s the year that Billboard declares that ‘I Want to Hold Your Hand’ is the fastest ever million seller in the U.S.A. Epic Records of the US declares the ‘Tottenham Sound’ of the Dave Clark Five more potent than the Beatles Liverpool Sound. Capitol Records also announce that for the first time in recording history, an album Please Please Me has outsold its singles counterpart in record units.

Jan No 1 in the US Charts “I Want to Hold Your Hand’, then ‘Glad All Over’ with the Dave Clark Five topples the Beatles off No 1 spot in the UK.

Although groups dominate there is still room for the solo performers with Cilla Black in February hitting the top of the UK with Burt Bacharach and Hal David song ‘Anyone Who Had A Heart’.

March: The Beatles receive their 4th American Gold disc for Please Please Me.

A tour of Australia for Brian Poole and the Tremeloes, Gerry and the

Pacemakers along with Dusty Springfield, Gene Pitney and also Freddie and

May: Bob Dylan arrives in London to tour whilst the Beach Boys ‘I Get Around’

tops and becomes the groups first No 1 hit.

It’s the year Joan Baez refused to pay 60 percent of her income tax as a protest against the US Military expenditure. Seventeen Magazine also notes that 11 million American girls spend 321 million on records annually. The Beatles receive $140,000 in royalties from the sales of ‘Beatles’ chewing gum in the USA.

Fans are so frantic that bass guitarist of Dave Clark is treated for a gashed face after being mobbed by about 5000 fans in Washington DEC.

June: The Four Seasons ‘Rag Doll’ enters the US charts, their most successful of the

July: They say, a suprise No 1 for the Animals with ‘House of the Rising Sun’ going

on to sell eight million worldwide, one of the most successful records of

It is the first of five consecutive chart-toppers for Diana Ross and the Supremes as ‘Where Did Our Love Go’ enters the US charts.

Sales of the Harmonicas are up by 50% in America alone, manufacturers giving British groups the credit. Indonesia’s minister of Culture bans Beatle hairstyles. The Rolling Stones cancel a tour of South Africa due to Apartheid. Jim Reeves is killed an an air crash and Sam Cooke is gunned down in a Los Angeles Motel.

‘Looking for Love’ the album for Connie Francis is released.